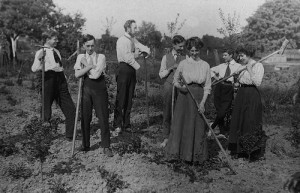 Listed below is a selection of my writings on history, dating from the 1990s to the present. If you are interested in something I’ve written that doesn’t appear here, please let me know and I will try to help. Links to groups, activists and researchers in related areas can be found in  Links and Resources.

For me the most valuable histories speak in many voices, raise more questions than answers, and provide stories and analyses that feed the imagination and suggest new possibilities. (2010 the Gender Politics of Anarchist History)