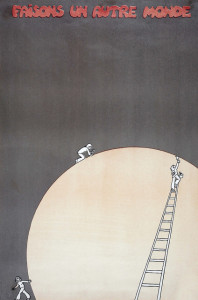 This is a selection of my writings on utopias and utopianism, dating from the 1990s to the present. If you are interested in something I’ve written that doesn’t appear here, please let me know and I will try to help. Links to groups, activists and researchers in related areas can be found in  Links and Resources.

Utopias, whether fictional or real life instances, are amongst other things experiments — with imagination as a method, hope as a motivation, and social change as a goal. 2002↩

In the gap between what is and what might be, the desire for change can take root and grow. 2009↩