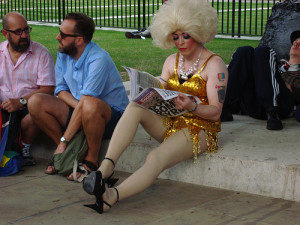 Listed below is a selection of my writings on gender and sexuality, dating from the 1970s to the present. If you are interested in something I’ve written that doesn’t appear here, please let me know and I will try to help. Links to groups, activists and researchers in related areas can be found in  Links and Resources.

The question is not whether there is a true inner sexuality to be liberated, but which ways of understanding ourselves make it possible to act with some chance of bringing about positive changes. ↩ 1997